Bay Area Motorcycle Accidents on the Rise: What You Need to Know 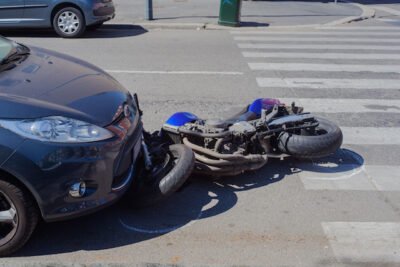 California’s Bay Area has recently seen a spike in motorcycle accidents. According to CBS in San Francisco, “A check of CHP logs for the same “relative date”–the Thursday morning commute before Labor Day weekend–over the previous three years shows a dramatic jump in 2015.”

The Insurance Institute for Highway Safety (IIHS) has found that motorcyclists are 30 times more likely to die in a crash than people in a car. Consumer Reports, meanwhile, reports that: “The numbers are even scarier for older riders, who are increasingly taking up or returning to motorcycling after many years. Because of slower reflexes, weaker eyesight, more brittle bones, and other disadvantages, riders over 60 years old are three times more likely to be hospitalized after a crash than younger ones.”

Every driver of any type of vehicle needs to understand safe practices, but motorcycle riders are at a higher risk than others. Motorcycles are inherently more dangerous than cars, due to their relatively small size and the fact that riders are exposed to the elements.

California has a universal helmet law which requires that all riders wear DOT-approved helmets. If bikers universally wore helmets, experts estimate that hundreds of lives each year would be saved. Motorcycles face extra vulnerability to head injuries, because certain collisions can physically throw riders off their bikes onto the pavement or into other vehicles, and there’s nothing equivalent to an air bag available to prevent or reduce injuries.

Vehicles turning left pose a huge risk to motorcycle riders. Since bikes are smaller than other vehicles, they are more easily hidden in blind spots. In 2013, 42% of motorcycle crashes involved situations in which left turns went awry due to speeding or visibility problems.

Lesson: Be extra mindful when making lefts, and operate your bike on the assumption that you’re always in someone’s blind spot. Wear high visibility gear, and always use your signal. Over-communicate on the road.

Some riders take advantage of a motorcycle’s small size with an extremely dangerous practice known as lane-splitting. This is when a biker passes another vehicle in the same lane, on the shoulder, or between lanes (sometimes between two vehicles). Unfortunately, California law does not specifically allow or prohibit lane-splitting. Hence, some riders assume it is acceptable.

Lesson: Highway driving in the Bay Area is notoriously dangerous, so do not make it worse with unsafe or dubious maneuvers, like lane-splitting.

Motorcycles are more likely to collide with fixed objects, such as buildings, or public fixtures, like lampposts and guard rails. It’s inherently more difficult to control, swerve or stop a two wheeled vehicle than it is to guide a four wheeled car.

Lesson: Keep you bike in ship shape to avoid skid outs, brake failures and other technical problems that might increase your likelihood of a fixed object collision.

People ride because they enjoy the feelings of power and speed. Unfortunately, macho bike culture often tempts riders to disregard speed limits and common sense regarding how to handle weather conditions.

Lesson: Keep to the speed limit. If you ride with others who push you too hard, ditch that crew and find new biker friends! Don’t allow social pressure to force you to take unneeded risks.

6. Driving Under the Influence

Driving while intoxicated or under drug influence is never safe. For reasons enumerated above, driving a motorcycle DUI poses creates even greater dangers because of bikes’ reduced balance and stability.

Lesson: Never operate a bike while DUI or under the influence of drugs. Along those lines, avoid riding while fatigued. Studies show that drivers awake for 24+ hours have reflexes as slow as drivers with a Blood Alcohol Concentration (BAC) at the legal limit of 0.08%.

Obviously, howling winds, sleet and torrential rains can create fertile conditions for a motorcycle crash. However, more subtle weather issues can also be quite hazardous. Fresh rain after a dry spell, for instance, can mix with loose oil and gravel on the road to create an incredibly slippery, viscous substance. What’s worse, motorists and bikers alike are less likely to take this “light rain” seriously as a danger, because the precipitation is minor.

Lesson: If you must ride in bad weather, minimize your trips, go slower than you think you need to go, and pay close attention to evolving rain and wind conditions.

Being a safe rider means committing to a set of behaviors and sticking to those habits, irrespective of peer pressure or convenience. No matter how they happen, motorcycle accidents can be devastating and can lead to permanent injuries, lost work time, and big medical bills. Get in touch with our team for a consultation about how to obtain fair compensation after your motorcycle accident.